How many of us will work until death?

Nearly a quarter of all seniors are still in jobs – and the number is likely to rise.

Record numbers of Kiwis are working beyond 65 and face an uncomfortable truth: they may have to keep working until the grave.

Statistics New Zealand figures show 24 per cent of those 700,959 eligible for superannuation - just over 168,000 people - still work. The data, published in April in North & South magazine, show this percentage has nearly tripled from nine per cent just 30 years ago.

New Zealand does not compare favourably on the international stage. Only three of 34 OECD countries (Organisation for Economic Cooperation and Development) have more people aged 65-69 working; Iceland tops the list with 53 per cent of this age-group still at work, followed by South Korea (44.5 per cent) and Japan (40.1 per cent).

The issue of retirement has come into sharper focus in recent years as New Zealand – and many other countries – struggle with the growing number of seniors whose life savings may not support them in their old age. That has seen the introduction of relatively new products like life income funds, combining investment and insurance to give retirees regular payments until they die – helping to guard against the problem of outliving income.

The payments - possible through a lump sum investment and an insurance premium ensuring regular instalments until death - are designed to use KiwiSaver or other savings to supplement the national pension when people stop working.

One giving more thought to such issues is Lorna Subritzky, host of Coast Days on Coast FM. Although in KiwiSaver, she says she is not confident she has enough at this stage of her life (late 40s).

“I was self-employed for a long time so I started (KiwiSaver) a little late,” she says. “A marriage break-up and consequent asset division was also a setback.”

Subritzky says she has not yet decided at what age she will retire: “I suspect, for my own mental wellbeing, I will keep working in some capacity - whether that be in radio or writing - but I guess ideally I’d like to retire from full-time employment around 65. That is, of course, if I’m lucky enough to still be employed by then.”

Luck may be a part of it – but, for many people, necessity is calling. An online survey by the Retirement Commissioner, highlighted in a Herald on Sunday article in 2016, showed 51 per cent of those over 65 who keep working do so because they “financially needed to”.

A study by Massey University of people aged 61 to 77, held at about the same time as the Retirement Commission, found 45 per cent continued to work “because I cannot afford to retire.” Massey study leader, Professor Fiona Alpass, said it was hard to see a reversal of the factors driving people to work longer: “I think we are all going to work till the grave.”

So financial necessity - along with better health and changes in the nature of work – appears to be consigning the era of retirement by 65 to human history, as underlined by another expert, Dr Susan St John, director of the University of Auckland’s Retirement Policy and Research Centre: “The word ‘retirement’ doesn’t have any meaning for a lot of people any more.”

In the UK pension provider Royal London has also painted a grim picture for retirees. In research published last year it suggested today’s workers will need to retire as late as 81 to enjoy the same standard of living enjoyed by their parents.

* Britannia’s Lifetime Income Fund combines investment with insurance to give you a retirement income for life. No matter what happens to interest rates or financial markets, your income is insured to last the rest of your life. For more information: https://britanniafinancial.co.nz/lifetime-income-fund. 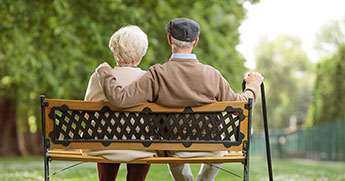 The couple who lived too long | Britannia Financial Services Ltd

Running out of money in their retirement years forces some people into desperate measures. Asked why they needed money, the response from an Auckland couple was heart-breaking: “We didn’t expect to live this long.” For Beryl and Edgar Charles (not their real names), lif..

Many Kiwis need other ways to fund retirement apart from selling the family home. It’s supposed to be the comfortable cushion for baby boomers and many approaching retirement: sell the family home and downsize. But recent research shows that, for many people, downsizing may only..