Billions transferred here in pension funds – but experts say there are risks as well.

People are transferring billions of dollars to New Zealand from UK-based pension schemes – but most have no idea what their funds are worth.

So says Alun Rees-Williams, director of Auckland-based Britannia Financial Services Ltd*, a company whose management and staff have completed over 20,000 pension transfers since 1996.

“Half of what we do is education and we find that 99.9 per cent of people are not sure what they’ve got (in their schemes),” he says.

“We come across a few of these,” Rees-Williams says.

His comments come as a growing number of failing schemes in the UK – along with concern over the economic impact of Brexit – are causing more expat Britons and Kiwis who have worked in Britain to consider transferring their funds out.

Figures from the annual reports of New Zealand superannuation schemes listed as ROPS (Recognised Overseas Pension Scheme) show more than $1.5bn was transferred into Kiwi schemes between March 2013 and March 2016.

A QROPS New Zealand** analysis of the more than 4000 transfers here over the last four years shows the time it is taking to get funds into a New Zealand scheme has increased by 35 per cent in that time, meaning it now takes on average 67 days for funds to arrive.

Rees-Williams says anyone looking to transfer here should be aware that, along with benefits, there are also risks and disadvantages – and these pros and cons should be carefully weighed before making a decision.

One of the main reasons people transfer is to reduce the expected amount of tax they are liable to pay. In New Zealand, unlike the UK, money withdrawn (from the age of 55) is tax free and those bringing in lump sums generally won’t have to pay tax on this amount as long as the transfer is carried out within four years of becoming a New Zealand tax resident.

“People too like the idea of having their scheme in one place,” he says. “In the UK, they tend to be with three or four providers. Generally you get one shot at providing for your retirement and, as a retirement planning company, we will help people get this right.

Other advantages to consolidating assets in New Zealand include making it easier for expats to keep track of their funds, being able to access savings in the event of a serious illness and having the pension account balance paid to an estate on upon death without paying death duties (unlike in the UK, these do not apply to pension funds in New Zealand).

On the other hand, there are costs associated with transferring to and investing in a scheme here, no guarantee can be given on how a New Zealand scheme will perform, once funds are in New Zealand it may not be possible to transfer back to a UK scheme and there may be tax disadvantages should you decide to leave New Zealand within five years of the initial transfer date.

Rees-Williams says people should also be aware it might not always be possible to transfer. Already this ability has been shut down for some public sector UK groups like teachers and the armed forces and it is possible the UK will, at some point in the future, block other areas too.

“Once they have been through the process of weighing up the pros and cons they will make an informed decision as opposed to an emotional one,” he says. “But sometimes the decision simply comes down to how a client feels.”

*There are many“for” and “against” reasons for transferring a UK pension. For a list of pros and cons, and for more information, please go to: britanniafinancial.co.nz/uk-pension-transfer-benefits

** This story was amended on November 20, 2018, to correct attribution of this data to QROPS New Zealand 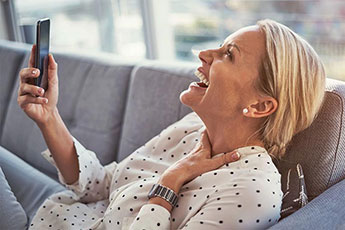 Woman who thought she had $30,000 in her pension scheme ends up with $170,000. Donna Mathewson had 140,000 surprises after transferring her UK pension to New Zealand – all of them dollars. Mathewson (not her real name), now retired and living in Auckland, had lived and worked in Brita..

Fraudsters target UK-based pension schemes with lure of high returns to transfer to NZ. Expat ‘Brits’ thinking about transferring their pension schemes to New Zealand are being urged to watch out for scammers looking to fleece a share of their nest eggs. Authorities both here.. 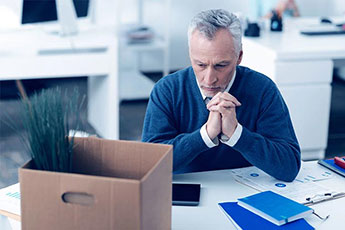 Thousands of Britons & Kiwis’ investments may suffer if Brexit helps cause an economic downturn. One of the key elements in any kind of investment scheme is alertness – and around the world, millions of British expats are on high alert about Brexit. That applies to the ro..